"I must be CRAZY!" -or- Entering My First A & S Pentathlon

I have not posted in awhile, not (just) because I am a procrastinator, but MOSTLY because I have been pretty busy for the past, well, just about a year. This past weekend all the hard work came to its completion as I entered my first (and most likely last) Pentathlon at the Middle Kingdom Arts and Science Faire.

My entry began with an inspiration, partly form a painting, and partly from a class I took taught by Duke Alen. The painting is of a woman applying henna, and the class (on metal punch work) was also used as a Demonstrating Period Activities entry. These two things together made me realize that henna application would fit this entry category perfectly.

As there were also other projects I was inspired to work on, I decided to build a Pentathlon entry (this is 5 entries in 5 separate categories of at least 4 different divisions) around Safavid Persian accessories. As I wanted to focus more than one entry on henna, I also wrote a research paper on, what else, henna!

While this was a large and stressful endeavor, I certainly learned a great deal, and not just about each craft or technique. Most importantly I learned the importance of giving myself MORE time to complete projects that have a deadline, as I really have a poor understanding of how long it takes me to complete things.

Never the less, all 5 projects were complete and ready for the Pentamere Regional A&S Faire. This year's faire was at an event held 5 houses down the street from me. It was nice to be able to walk to the event, and come back home on my one break to relax in quite. My neighbors must have thought I was very odd though, seeing me walking down the street in my Persian garb!

Regional went well, and though I wasn't thrilled with (and a bit surprised by) the research paper scores, I had 3 firsts and 2 seconds, qualifying me for Kingdom! I was also the Pentamere Pentathlon winner/Regional A&S champion... but only by default as I was the only Pentathlon entry.

Moving forward to the Kingdom A&S faire... so I learned it is a bit nerve-racking to go from the ONLY Pent entry to being one of EIGHT!!! The most ever in the Middle Kingdom, at the largest Kingdom A&S Faire to date. So, being part of that historical event is pretty awesome in and of itself!

After my initial nerves settled, I had a wonderful day and greatly enjoyed the discussions I had with all the judges throughout the day. Outside of the competition, I also got to chat with a few newer friends a don't see often, and met several great people. I got to see 4 VERY deserving individuals that I highly admire and respect get put on vigil (3 for Pelican and 1 for Laurel), watch an amazing artisan (who judged 2 of my entries, was incredibly encouraging and had great and very useful feedback) be elevated to the Order of the Laurel, and was witness to the making of our new Prince and Princess!

Ok, back to my entries... overall I did well, 3 firsts and 2 seconds again (the research paper is only judged once, so the same score stands). And while I did improve me scores on some entries, a couple were down a point or less. In the end, my Kingdom score was slightly lower than Regional. In the end I placed 5th out of the 8 Pent entries... and seeing the other entries, I am pleased to have been amongst them and held my own!
All in all it was a tremendous learning experience, great fun (at the faires), and I am very glad for what I accomplished (and glad it is over)!


Here are the photos from my entries at Kingdom (with a few photos from Regional as well). With each entries photo is a link to the documentation.

In Progress... Arts and Science 50 Challenge 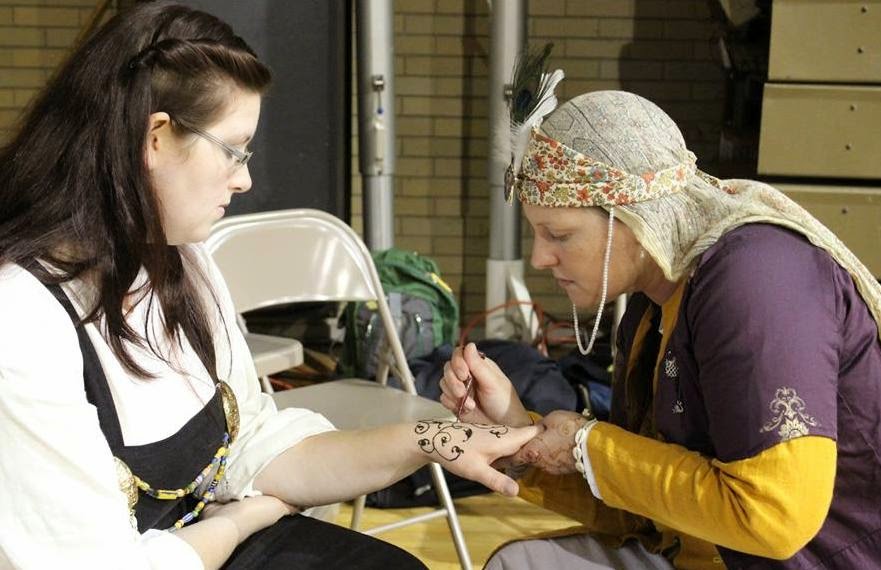 In celebration of the SCA's 50th Anniversary, an Arts and Science challenge has been issue. For the challenge, participants are asked to create 50 items... for my Challenge Project I am recreating 50 henna designs from 50 period sources (paintings and other artwork).


Please visit artsandsciences50.org for more information on the Challenge.

Here are a few of the completed designs... 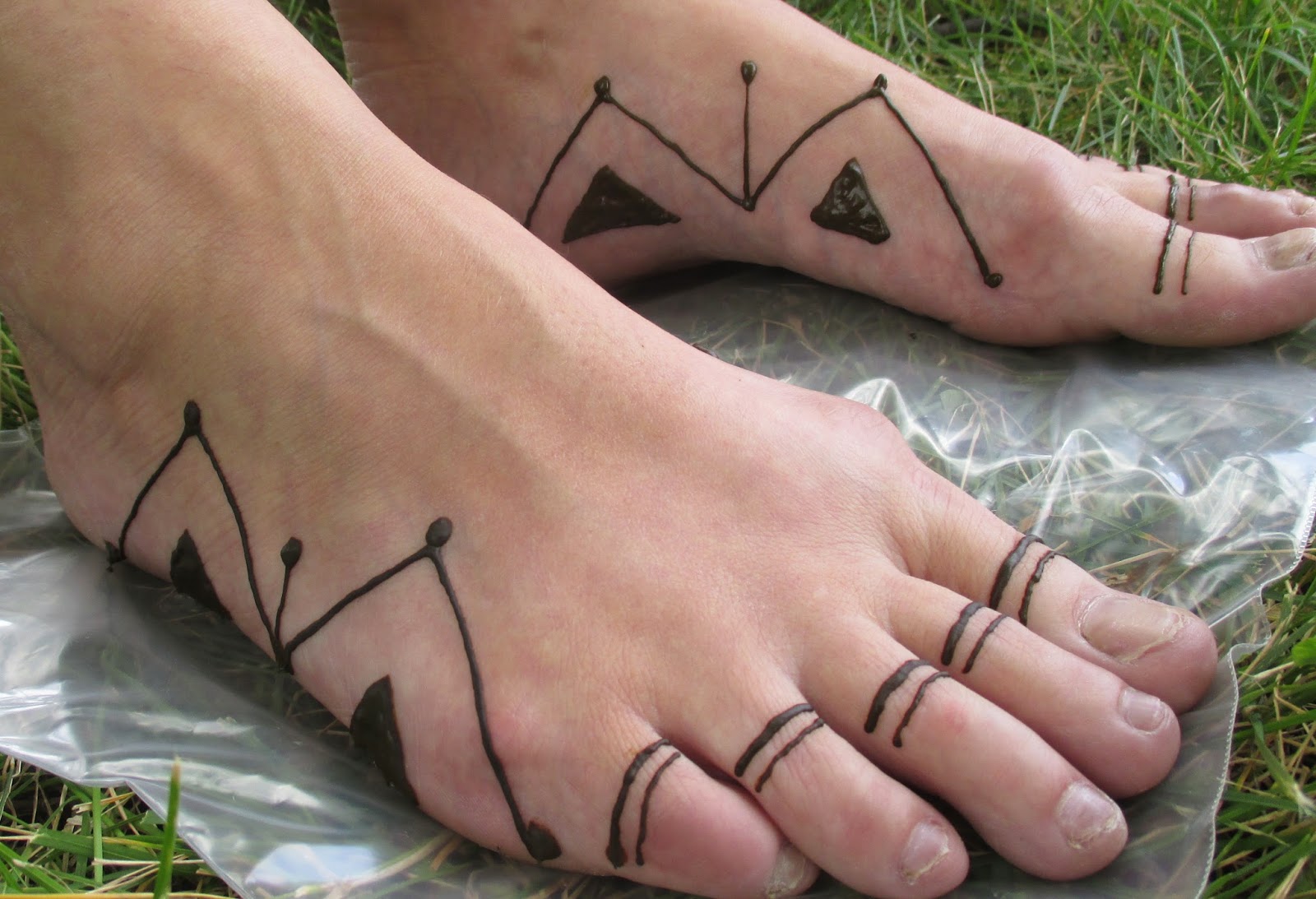 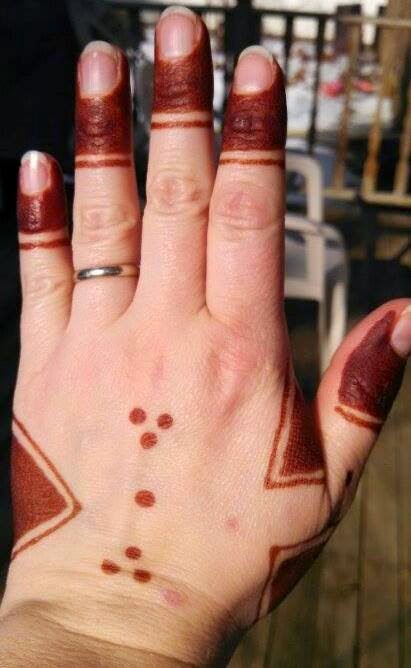 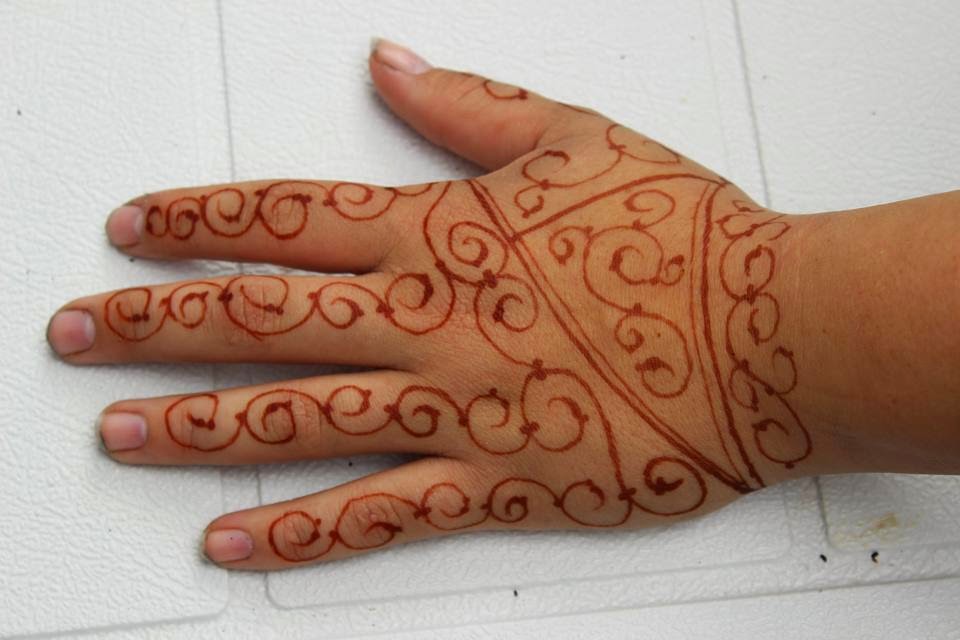 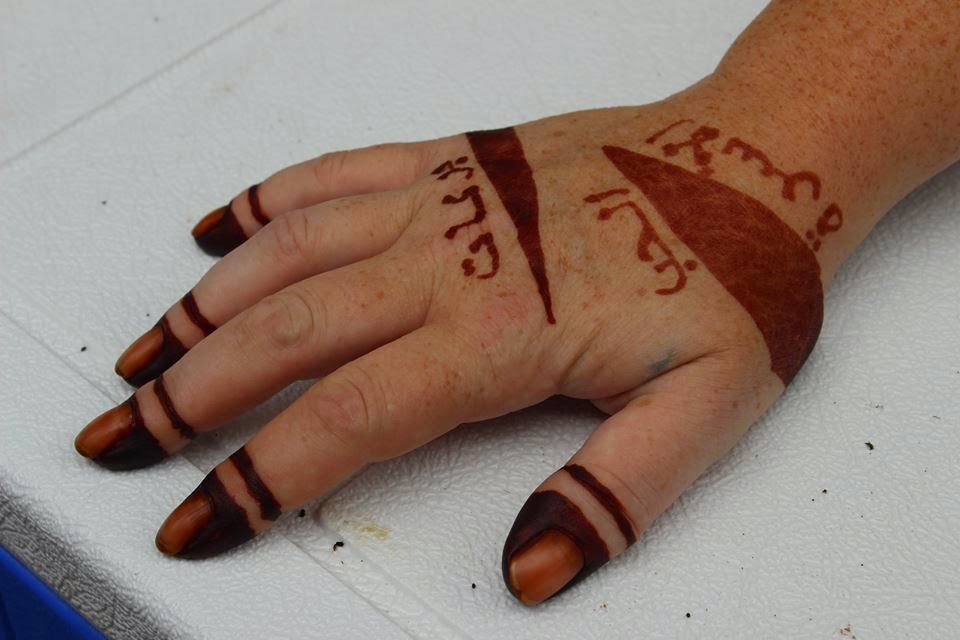 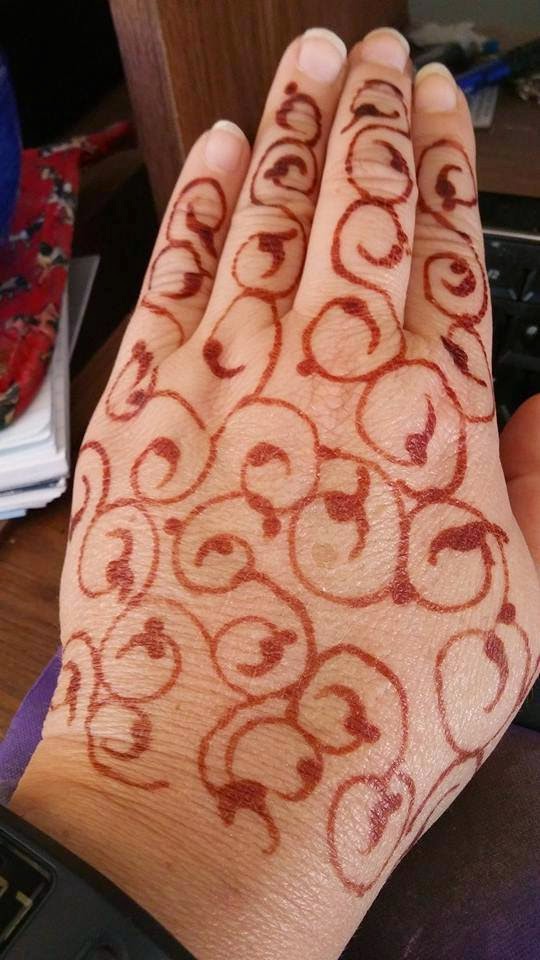 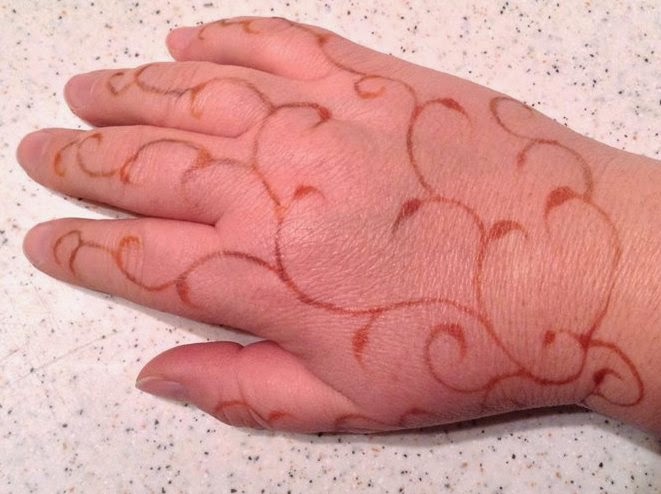 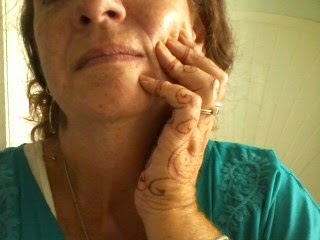 All of the designs I have completed and documented (so far) can be found HERE and you can view my project Facebook page Here!
Posted by Unknown at 10:02 AM No comments:

Finishing up some loose ends...

With so much social media (Facebook, Pinterest, etc.) as an outlet, I sometimes forget to keep this blog updated. Here are a few photos of some of my recent (and not so recent) work, as well as my most recent class handouts.

Some of my recent attempts at recreating braid casings and carqad. 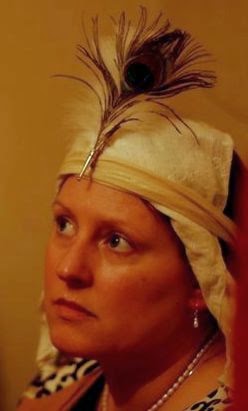 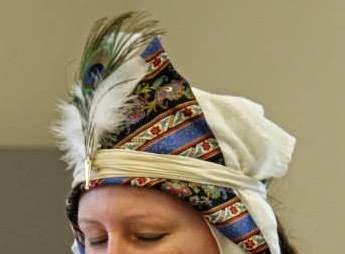 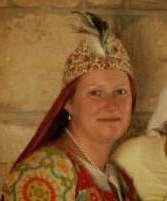 I am very pleased to report that my boots took a first place at the Middle Kingdom Arts and Science Faire! I had a great time and learned a lot from the discussions with the judges. Face to face judging is one of my favorite parts of entering A & S competitions. I was also thrilled to be able to judge two entries from a very talented women who's A & S endeavors into researching and recreating period body care products I greatly admire!

My revised documentation can be found here: Safavid Sock-boots 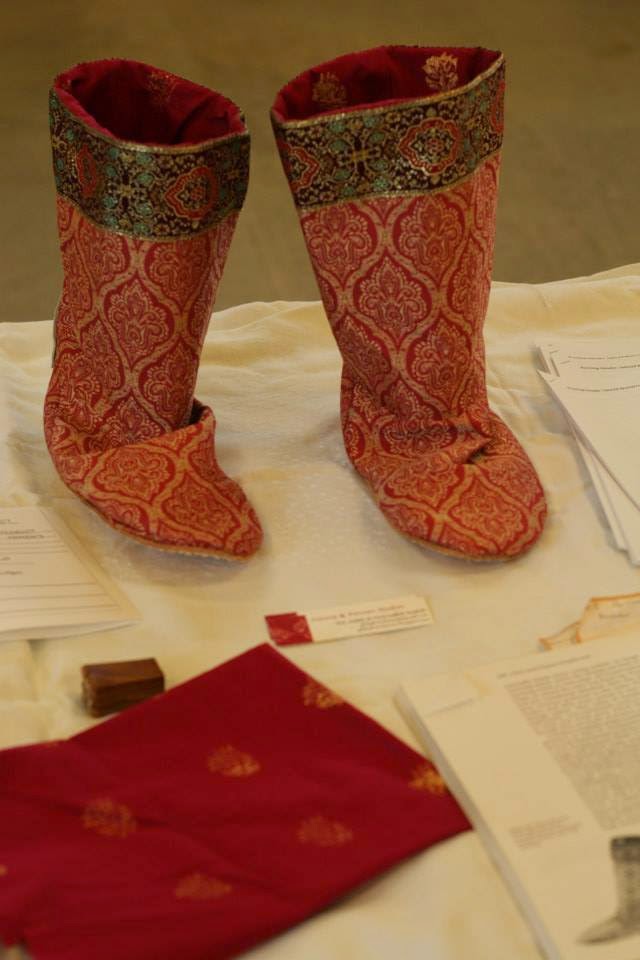 Posted by Unknown at 1:56 PM No comments:

For the love of the arts...

This week I was VERY honored to have been included as a featured artisan on Genoveva Von Lubeck's SCA Artisan Love blog! Please check it out (and the articles she wrote on other, very talented Midrealm artisans) here.

Thank you for the wonderful article, Genoveva! 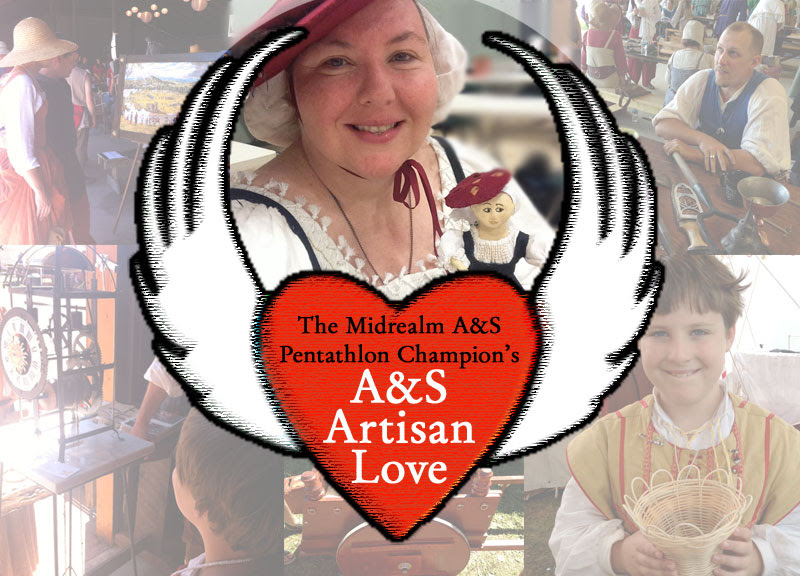 Posted by Unknown at 1:56 PM No comments:

So, I have finally, officially changed my persona name to something more... Persianish? If I were following period Safavid naming practices I would probably have a Turkish name (but whos' Turkish? The Ottomans? The Turks? It's all a bit confusing...) I played with a few names that had meanings I liked, but in the end did not like how they sounded. The new name is (drum roll...) Asalah al-Hina. Asal means honey in Persian/Farsi, but I didn't think it sounded very feminine. Asalah, actually an Arabic name, means Nobility of descent.

I will mostly be using this name for "official" things, it's on my new SCA card, class handouts, etc., but I'm sure everyone will continue to call me Anabel, which I really like. It's just not correct for a Safavid woman, so Asalah it is!
Posted by Unknown at 8:37 AM No comments:

So this year I decided to take a little break from henna research and focus more on my garb and garb accessories. In particular I have been trying to find correct Persian shoes. No one seems to be making them, so I decided "why not make them myself?" making leather shoes seemed very daunting to me, but fabric boot? No problem! Ok... not so simple, but very doable. 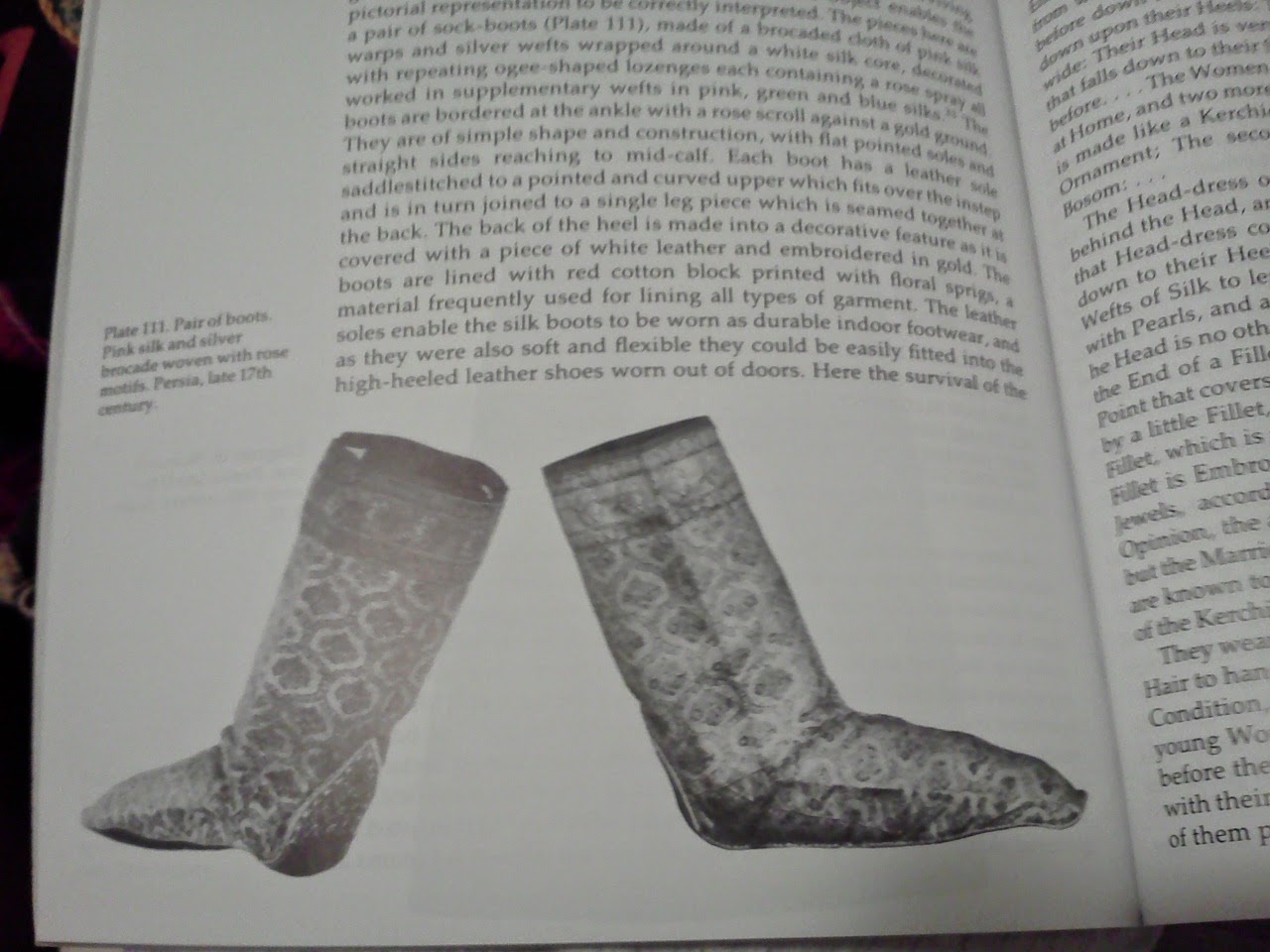 I chose these buskins to recreate, found in Women's Clothing of the Near and Middle East by Jennifer Scarce. 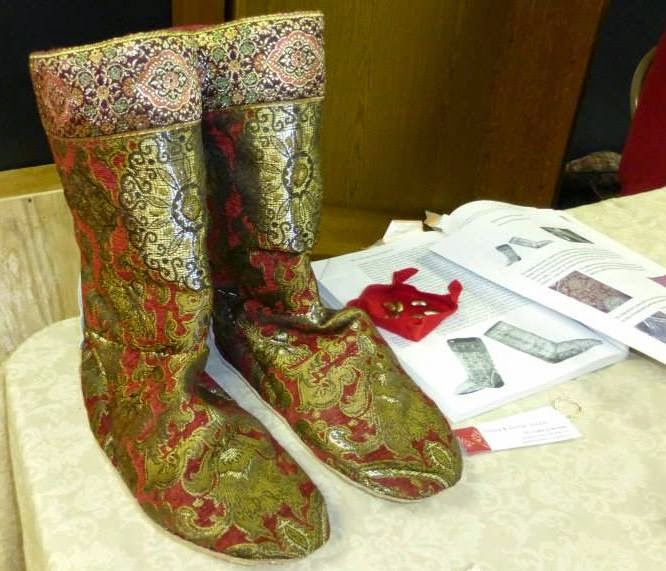 The first pair I made turned out great, though a little too big. 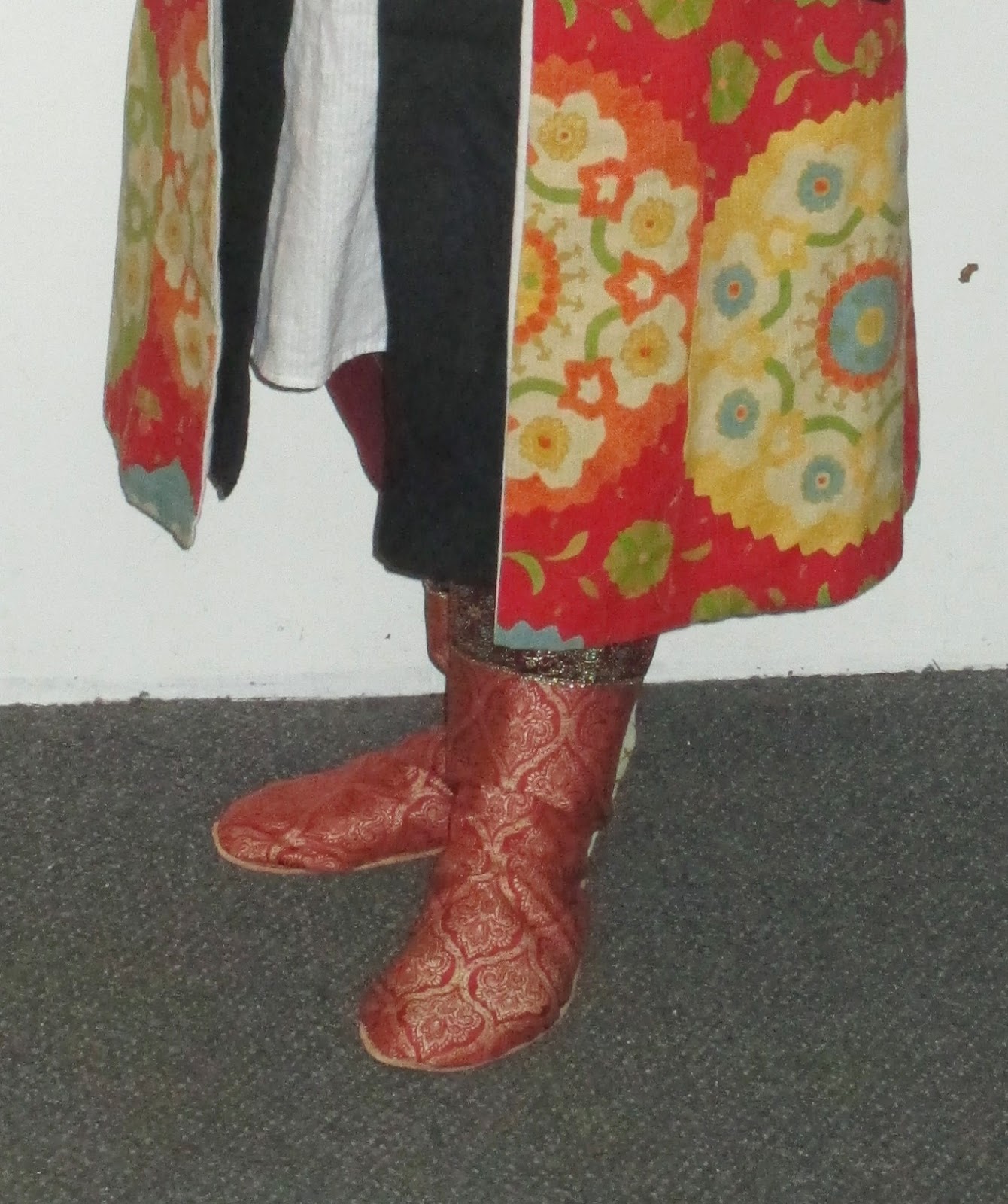 The second pair was reworked to fit better, and is fully documented (to the best of my current abilities) and the documentation can be found HERE. These boots are being entered in the Pentemere Regional A & S Faire this weekend... wish me luck!

UPDATE!!!
My boot project received a First Place at the Pentemere Regional Arts & Science faire and will be entered in the Midrealm Kingdom A & S faire May 24th! 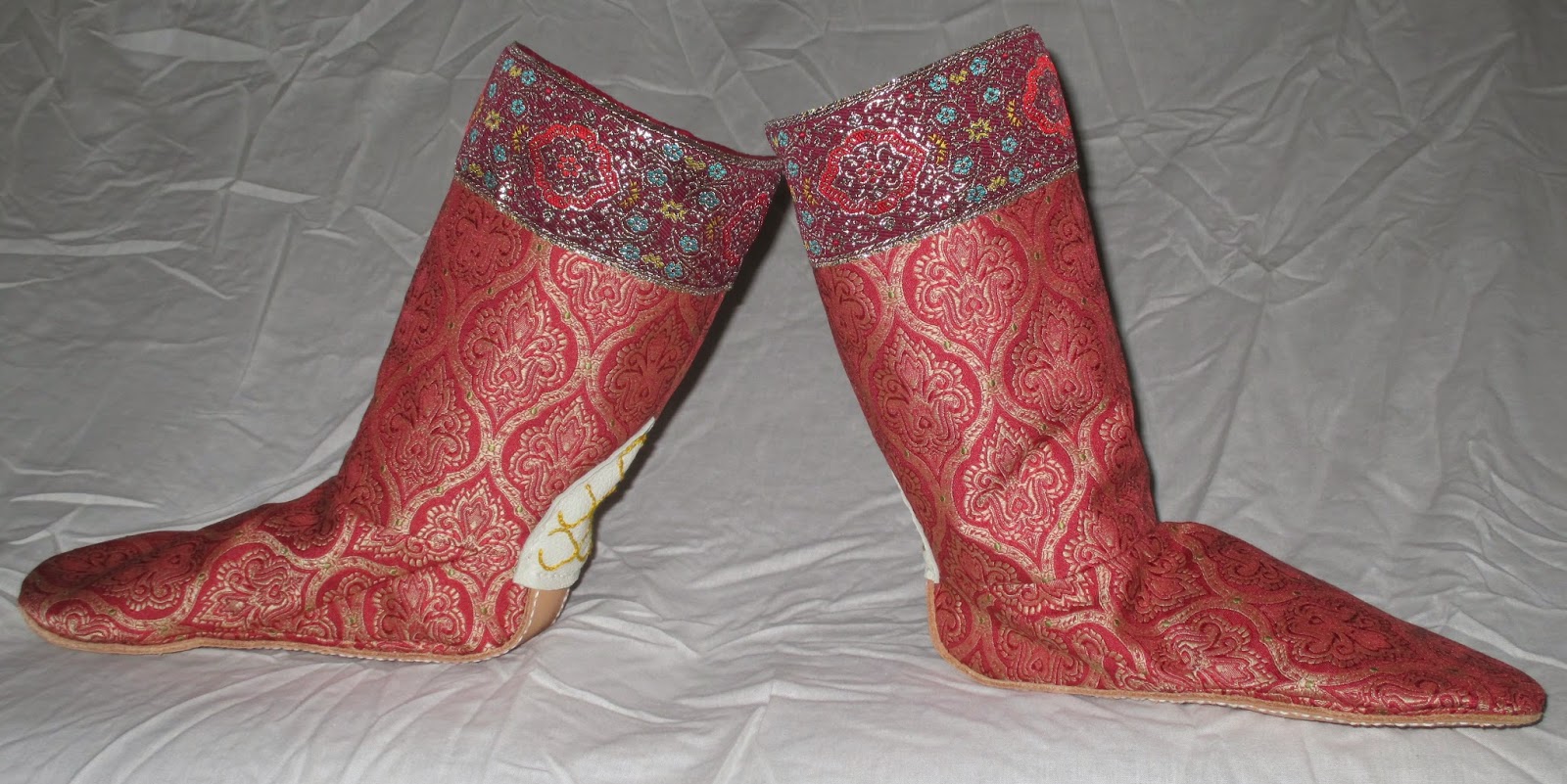 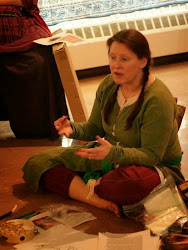 In the SCA I am Sayyida Asalah al-Hina, OE. I have been researching the history of henna in the medieval period for over 7 years. I am also interested in 16th c. Safavid Persian culture as well as historical and modern belly dance.

Please check out my "mundane" life henna website at
www.gildedlotushenna.com